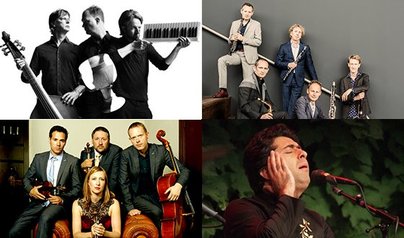 Together with composer Kaveh Vares I had the pleasure of arranging and orchestrating wonderful Iranian music for a very special collaboration between some of most acclaimed Dutch ensembles of the moment, including the Matangi String Quartet and the Calefax Reed Quintet, joined by singer Mohammed Motamedi.
​

AMSTERDAM FADO FEST | March 23 & 24 2018
The AMSTERDAM FADO FEST is a joint venture of Theatre Munganga and Rafael Fraga.
​After several very successful “Fado nights”, the concept is now expanded to a whole weekend dedicated to “the soul of Portugal” – Fado. ​ 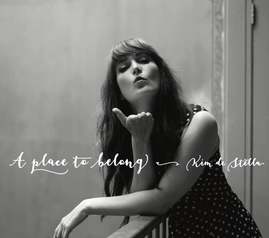 A PLACE TO BELONG - album release

A Place to Belong is Kim de Stella's first album, comprising her own compositions along with covers from Bon Iver and Randy Newman.
I had the pleasure of signing the arrangements and guitars. Check the album here:
www.kimdestella.com
2014
Akkordeonale festival tour | view the mini-documentary
Home run | 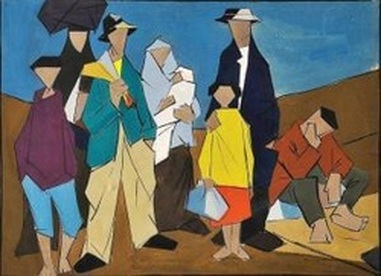 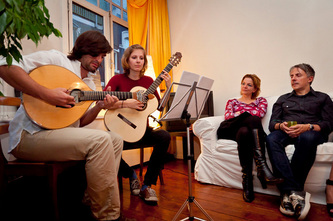 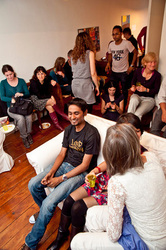 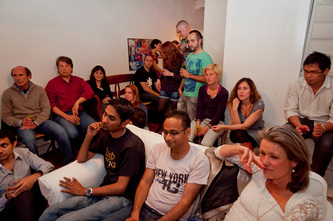 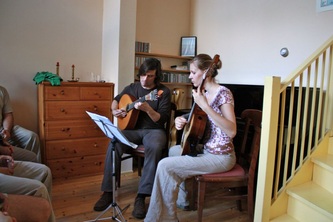 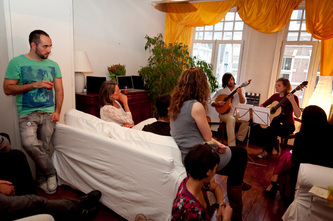 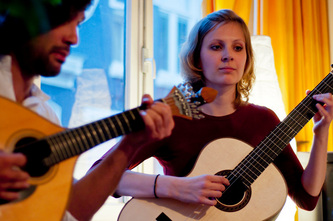 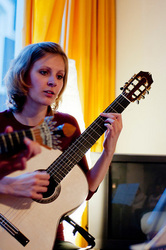 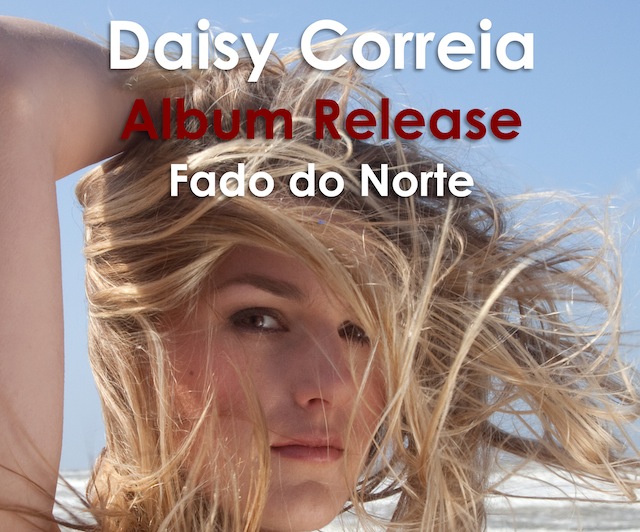 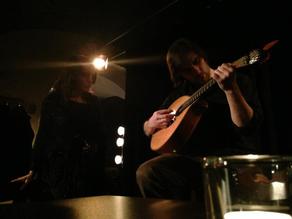 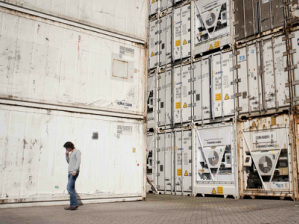 Rafael was born in Lisbon and lived in the Azores (Portugal) most of his childhood. He started playing the guitar at the age of 13 and after concluding a BA in Biology he dedicated himself entirely to music and writing.

He studied jazz guitar for a short period and then pursued studies in classical composition, completing a BA at the Escola Superior de Música de Lisboa in 2008 and a MA at the Conservatorium van Amsterdam in 2010.

His main musical influences are Bossanova, Portuguese folk music, Jazz and classical-contemporary music. His work an composer and arranger reflects a need to blend these diverse musical contexts and perspectives in a balanced way.

He has worked as a guitarist, composer and orchestrator in many projects. Some of his most relevant collaborations include leading fado singers such as Carlos do Carmo and Ana Moura, poet Nuno Júdice, pianist João Paulo Esteves da Silva or the editor Nelson de Matos (Portugal), the Nederlands Blazers Ensemble, Quatro Ventos, Daisy Correia (Netherlands), along with many other artists and ensembles.

Besides music, he writes prose and poetry, with sparse publications. He has released and participated in several music albums and edited two songbooks, with Augusto Macedo as co-author.

Rafael is currently based in Amsterdam. 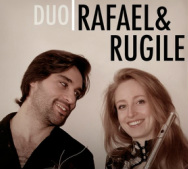 Dutch-Portuguese singer Daisy Correia recently started her new tour, dedicated to the music of José Afonso. In about 20 concerts, we are exploring the work of this wonderful author throughout stages allover the Netherlands.
Tour dates and more

A unique blend of Portuguese and Lithuanian folk songs, Bossanova and Jazz.

A closed container, 15 refugees totally in the dark trying to preserve their sanity and communicate.
Text and direction by Caitlin van der Maas, music by Rafael Fraga. With Yentl Schieman and Rafael Fraga.

_ Melissa Oliveira's new project is a blend of jazz with Portuguese music. Rafael was invited to bring the Portuguese guitar particular touch and sonority.

Rota del Sud is a jam session dedicated to the music of Latin and Mediterranean cultures. A gathering of musicians and music lovers who share their passion for the warm music of Brazil, Mexico, Portugal, etc.
Upcoming edition: July | Talia, Amsterdam
More
Concerts:

Rafael's project dedicated to the Portuguese guitar goes live in Amsterdam, for a private venue. With Eva Aukes (g). 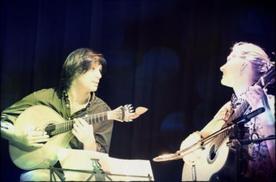 Of Sadness and Consolation
Nederlands Blazers Ensemble and Ana Moura 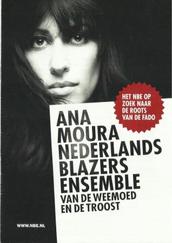 Rafael's music is now also available at Bandcamp.com, an online service for music distribution. You can check Rafael's Bandcamp page and download Entre cidades from there in all required formats, from Wav, FLAC, Mp3, etc.

Rafael participated with Guitarra e Mistério in the Dias Latinos, a festival fully dedicated to Latin rooted music. In two presentation of 45 minutes, the Portuguese guitar brought some unique atmospheres and emotions to this event.

With: Rafael Fraga and Eva Aukes 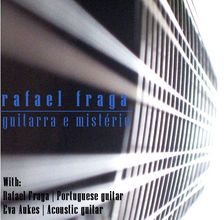 Soon there will be media and new features regarding the première of Guitarra e Mistério. Stay tuned!


Broadcasted in Livestream from

In Guitarra e Mistério, Rafael's new project, the Portuguese guitar explores new and fascinating musical paths and reveals  what’s beyond Fado in Portuguese music.
This première will present the duo developed with guitarist Eva Aukes in a journey through some of the best Portuguese folk inspired music, paying also a unique tribute to other traditions and musicians, such as Jobim or Pat Metheny.

For the second time Emanuel Pessanha invited Rafael Fraga to share the informal and cosy stage of Oporto - Casa de Fado at Nijmegen, the Netherlands.
A good opportunity to share a quiet Sunday afternoon in the company of fado and the Portuguese guitar. 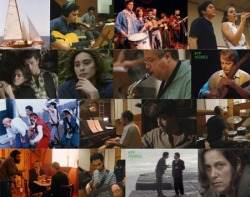 Project dedicated to Azorean music, produced by the Teatro Micaelense.

Following the edition of the Azorean Authors Songbook and the live concert dedicated to this music in 2007, now comes the edition of the CD, which Rafael directed, and a DVD containing a documentary directed by José Medeiros.
The public presentation of both works occurred December 2010.

2009 marked the bicentenary of Charles Darwin's birth (12 February 1809) and the 150th anniversary of the publication of his groundbreaking On the Origin of Species (24 November 1859). The University of Porto CETAPS held a special conference to honor Charles Darwin's enduring legacy, and examine how his ideas remain central to contemporary research, within and beyond the biological sciences, echoing the global celebrations of his life and work, and his impact across the disciplines.

Rafael presented On the Evolution of Musical Species, a paper applying Darwin's theory to the history of classical music.